Libya pounded from Air and Sea 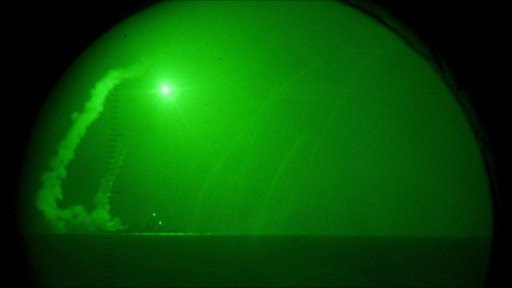 The UK, US and France have attacked Libyan leader Col Muammar Gaddafi's forces in the first action to enforce a UN-mandated no-fly zone.
Pentagon officials say the US and the UK have fired more than 110 missiles, while French planes struck pro-Gaddafi forces attacking rebel-held Benghazi.
Col Gaddafi has vowed retaliation and said he would open arms depots to the people to defend Libya.
Cruise missiles hit air-defence sites in the capital, Tripoli, and Misrata.
Libyan state TV said 48 people had been killed and 150 wounded in the attacks. There was no independent confirmation of the deaths.
A French plane fired the first shots against Libyan government targets at 1645 GMT on Saturday, destroying a number of military vehicles, according to a military spokesman.
Read More

Posted by Rashid Faridi at 2:27 PM No comments:

readers on this site